In 2005, after the SARS global incident, and in preparation for a Bird Flu, the HHS proposed a rule requiring airlines to collect contact information for each passenger in the event they needed to be contacted because of exposure to another passenger, that might be discovered after the flight had ended. The airlines objected loudly to this new administrative burden, citing additional costs and even space on their servers would be exceeded by collecting this information. They objected because of stricter privacy laws in Germany, and our reservation system is Amadeus, a German application used by most airlines. Because the information is stored in Germany, the privacy violation happens within the jurisdiction of Germany even though it is transmitted electronically, it is still in the jurisdiction of Germany requiring compliance with German law.

Graphic of patient zero on a flight and the passengers who were infected with SARS. 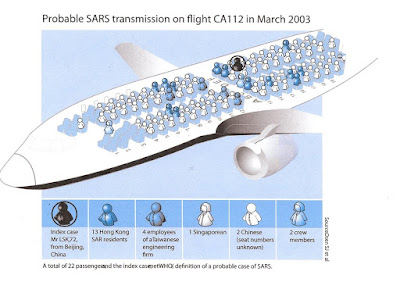 Are these issues still a concern in 2020? It is now 2020, and a revised rule is being proposed again, prompted by the risk of COVID-19 spread, as of  Feb 12, 2020, 85 Fed. Reg. 7874. This follows a notice of proposed rulemaking in 2016, 81 FR 54229, following the MERS and Ebola incidents. This proposed rule was published as a final rule, effective Feb 27, 2017, 82 Fed. Reg. 6890, codified at 42 CFR 70-71. The changes in the rule were noted that the domestic portion of this final rule includes new regulatory language clarifying when an individual who is moving between U.S. states is ‘‘reasonably believed to be infected’’ with a quarantinable communicable disease in a ‘‘qualifying stage.’’ These determinations are made when the CDC considers the need to apprehend or examine an individual for potential infection with a quarantinable communicable disease.

So what does this mean? The rule explanation further clarifies who can be "apprehended": apprehension of an individual is based on a variety of criteria in addition to an illness report including: Clinical manifestations, contact or suspected contact with infected individuals, host susceptibility, travel to affected countries or places, or other evidence of exposure to or infection with a quarantinable communicable disease.

Since the Paperwork Reduction Act is triggered by the collection of information, and MERS and Ebola were cited as a need for the regulation, there is a directive on the time for collecting this information: While HHS/CDC currently has approval to collect certain information concerning illnesses and travelers under OMB Control Numbers 0920–0134 (Foreign Quarantine Regulations, expiration date 05/31/2019) and 0920– 0488 (Restrictions on Interstate Travel of Persons, expiration date 05/31/2019).

Now, back to the current interim regulation, the collection of information is an enforceable rule when final, but it requires an order from the Director of CDC to begin collection of personal information: By this interim final rule, CDC requires airlines to collect and submit via electronic means to CDC, beginning within 24 hours of an order from the Director, certain data regarding passengers and crew arriving on flights arriving in the United States from foreign countries. CDC believes that this is the only mechanism by which it can efficiently obtain the information it needs for a public health response to outbreaks of communicable disease and that current regulatory requirements are not sufficient, especially in public health emergencies. CDC will exercise enforcement discretion where appropriate.

So, on Feb 18 2020, the CDC ordered the airlines to begin collecting personal contact information for passengers and crew traveling from China (or having been in China within the last 14 days), citing the proposed rule published Feb 27.

How is contact tracing for airlines working in the U.S. for domestic flights? Here's my personal story. Yesterday, March 11, 2020, while on a flight, I spoke with a passenger who had been on a flight with a passenger who tested positive for COVID-19. I asked him how he found out --- was contacted by the airline. I had hoped the answer was that he had been promptly contacted by the airline but it was not his answer. He said he heard it on the news.

No more excuses, it is time for airlines to accept their responsibility. CDC has the authority to order the airlines to collect this information. The economic impact analysis states there was found to be no additional cost to the airlines for implementing this rule.

Update, 3-16-2020: The ICAO, an independent association of international airlines develop common guidance for airlines. Here is their directive on contact tracing: "Airport preparedness guidelines for outbreaks of communicable disease" issued by ACI and ICAO (Revised April 2009):
Note.: To assist contact tracing, a passenger locator card is available on the WHO website (www.who.int/csr/ihr/locator_card) and a copy is provided in the Attachment to these guidelines. The International Air Transport Association, assisted by relevant experts, is evaluating different electronic methods that could facilitate traveller tracing.
Posted by Victoria Sutton at 10:23 AM

Find this book on amazon. 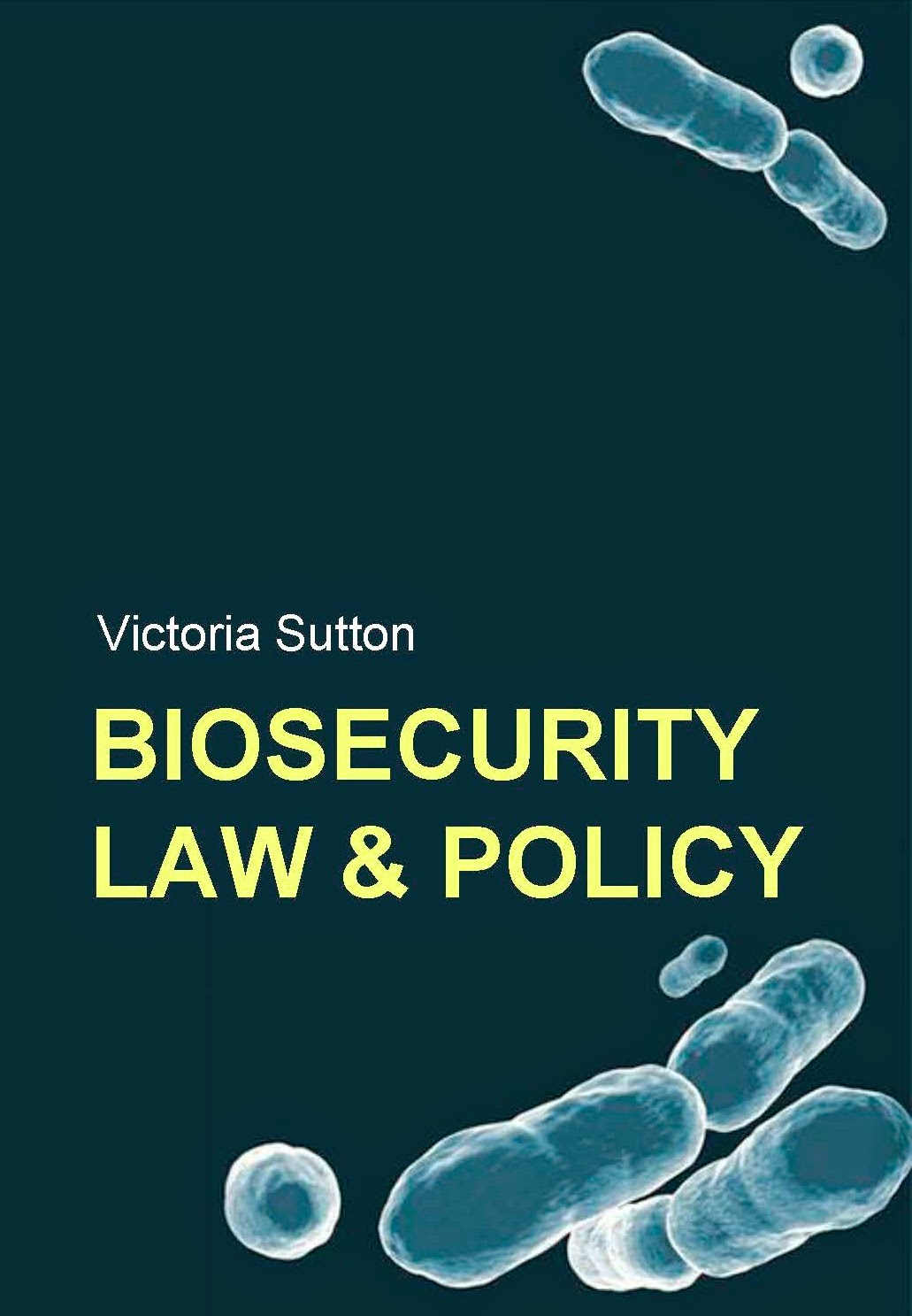 Find this book on amazon! 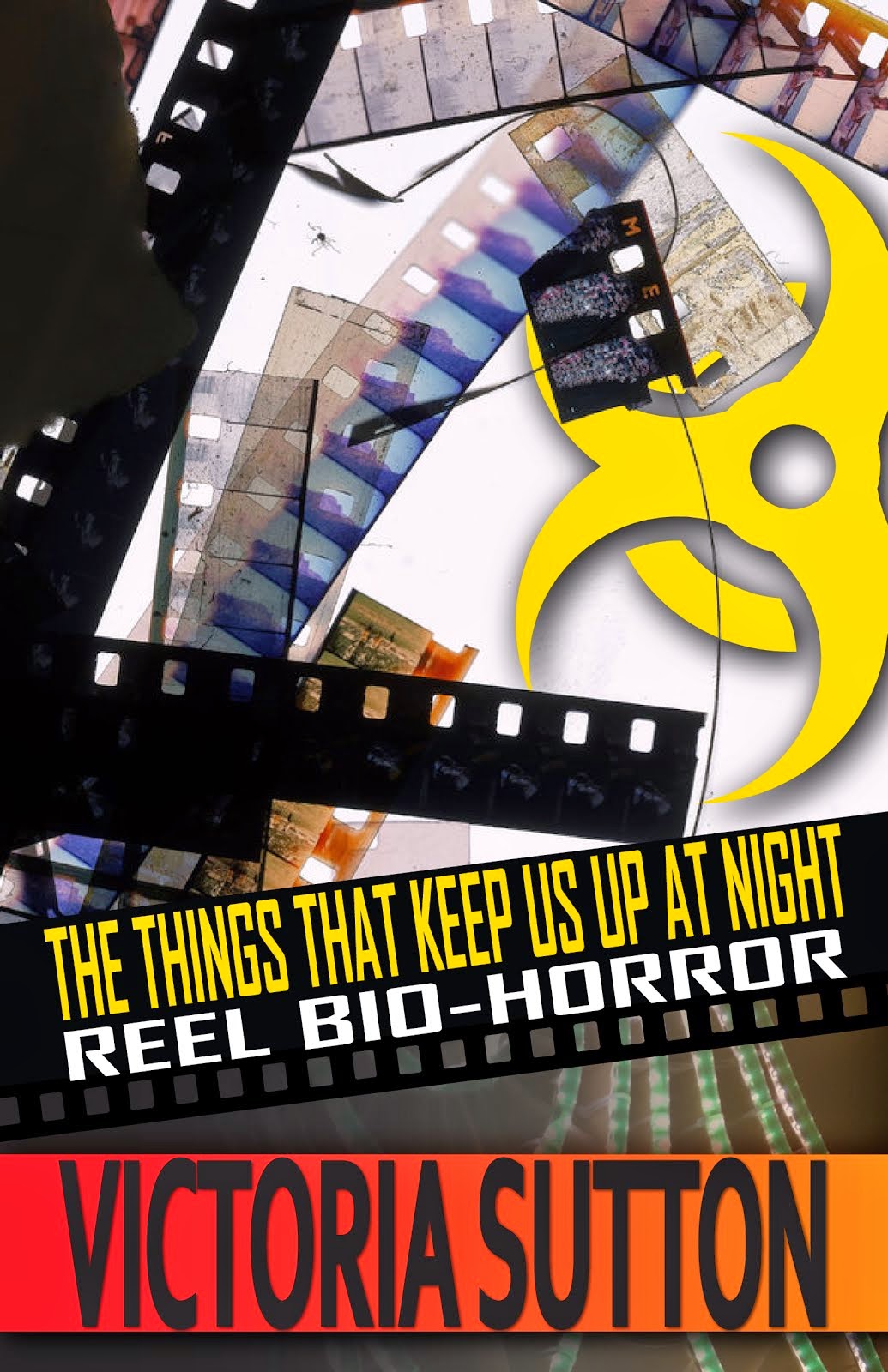 The classics (or unforgettable) movies in biohorror